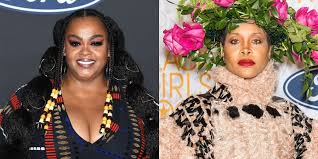 Last night saw the revival of Verzuz in what felt like a hiatus of IG battles, mainly down to two reasons:

Yes, it was nothing more than a musical, dreamy, and overall therapeutic listening party that I (and not alone) never wanted to end. From the start the artwork in Jill Scott’s backdrop set the tone for the coming together of two pure souls – another IG Live in which you had to be there! Of course, Ms Erykah Badu came prepared and entertained fans with a Bruce Lee movie/reel playing in the background (now I love her more)!

This wasn’t a battle, it was purity and for real music lovers out there genre-specific or not, tuning in moved/will move you.

There were a few songs I’d never heard however, highlights such as: Love of my Life by Erykah, Jill Scott’s You Got Me Ft. The Roots (and they both had versions), Jill Scott Getting In The Way, Erykah Badu’s Call Tyrone and Honey, Jill Scott’s Blessed and Crown Royal, were just some of the standout tracks. Being a poetry lover also, it made me feel inspired!

Wherever you are, today’s another celebration so Happy Mother’s Day! And to everyone, be inspired! 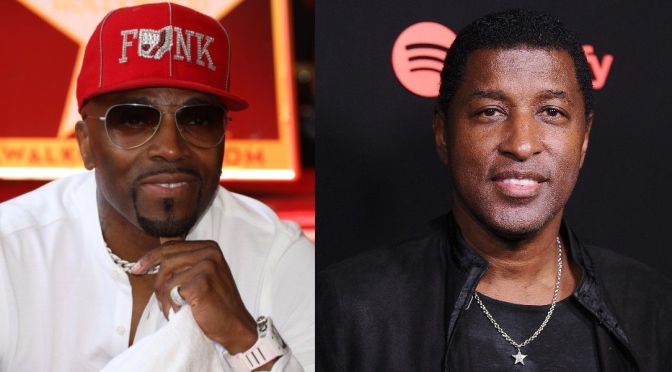 Let’s get straight to the music.

Round 1: Teddy Riley was ready to go with SWV’s Right Here, taking us back. Seeing Teddy wave to his music was like watching him create it for the first time. (Hearing Teddy’s Michael Jackson sample), Babyface followed with a ‘fun-fact’ of MJ asking him if he “knew who Halle Berry was” to “take her out on a date.” He went on to play Toni Braxton ‘Love Should of Brought you Home Last Night.’ Round 1 – Draw.

Round 2: ‘Soon as I Get Home’ was Babyface’s next song and might I add, he’s got a beautiful voice. Teddy’s ‘Make It Last Forever’ by Keith Sweat ft. Jacci MCGhee. Draw.

Round 3: Teddy switched it up with ‘Just Got Paid’ by Johnny Kemp. It was upbeat along with his dancing, livening up the room. Am I the only one who thought Teddy looked like a boxer with the towel – like he came there ready to fight? Comedy gold. Still, Babyface equally matched it with ‘Rock Steady’ by The Whispers. It had enough funk/soul to fill up a room, anyone watching knew this was no regular battle. Draw.

Round 4. Teddy Riley played Foxy brown ft Blackstreet ‘Gotta get you Home’ and fans lost it, I know I did. Even Teddy let the song run through the second verse. The best part was Babyface not knowing Teddy did the song. Teddy wins.

Round 5: Mr Riley slowed the tempo down with a nice groove by Guy, ‘Piece of my Love’ a tune I’ve heard sampled in many songs. Babyface ‘Ready or Not’ by After 7, is why R&B will always stand the test of time. Draw.

Things did go a little left as Teddy’s video began to freeze (something we prayed wouldn’t happen). If you watched the first face-off, seeing the video freeze in the rematch gave you anxiety. A highlight moment; Babyface reassuring Teddy before frustration could set in. The commentary made this Verzuz as Teddy “had to take it to the club” while Babyface opens with “You were with your brothers that was beautiful…it’s only right that I play you – my brothers.”

You had to be there.

Round 6: I’m sure I’m not the only one who heard the intro of Usher’s (Don’t waste my time) at the start of Hi-Five’s ‘Kissing Game.’ Teddy Riley’s a genius, and Bobbi Brown’s ‘Every Little Step’ produced by Babyface, the best there is. Draw.

Round 7: The Ballad maker complimented Teddy on New Jack Swing, calling him “The King” after playing Keith Sweat ‘I Want Her.’ Still, Babyface wins with Tevin Campbell’s ‘Can we Talk.’

Round 8: Guy’s ‘I Like’ by Teddy was a Party-Starter, Vs Karyn White ‘The Way You Love Me’ by Babyface. Teddy wins.

Round 9: Heavy D “Is It Good to You” Teddy Riley, Vs Tevin Campbell’s ‘I’m Ready’ by Babyface. BabyFace wins.

Round 11: Teddy announced he’d play “the greatest of all time” Jay Z, with ‘The City Is Mine’ featuring his group Blackstreet is neck & neck with Bobby’s Brown “Rock Wit’cha” by Babyface. Draw.

Soon the King of New Jack Swing announces to Babyface they were “suppose to switch at Round 10.” Babyface (plays another tune) but he’s confused at this point telling Teddy ‘it’s suppose to be your turn.’ (Goes back to re-check each round, stuck at 10…) we’re hanging in there.

Round 12:  Bobby Brown’s “On Our Own” (Babyface) vs. Michael Jackson’s “In the Closet.” The beat was ridiculous, the King of Pop wins.

Round 13: Babyface ‘When Can I See You Again’ draws with Blackstreet ‘Before I let you go.’ (The battle had reached 483k views at this point).

With over 582 thousand people watching – in the words of Teddy Riley; “we broke the internet.”

Round 16: Red Light Special” (Babyface) vs. Janet Jackson feat. Blackstreet “I Get Lonely (TNT Remix)” I love you Janet…this is the remix. Babyface wins.

Round 19: Boyz II Men’s “I’ll Make Love to You” and the winner is…BabyFace!

The internet cut-off on Teddy Riley and the show came to an end. In between the glitches and technical difficulties, these were some of the songs that were played as they tried to reconnect.  Songs that would have stolen the night!

From the songs, to the entertainment, to the drama, this was a night to remember. Nevermind technical difficulties, 3 million people tried to tune in on IG live – a record breaking high. Congrats to the R&B legends Babyface & Teddy Riley, and here’s to the Best Concert in 2020 so far!

Who will Battle Next?

For the Love of Inspiration, Travel & Popular Culture.